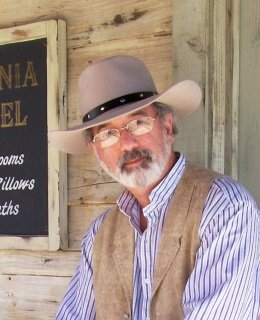 Inspired by high-spirited classics like Maverick, Butch Cassidy and the Sundance Kid and The Sting, Galloway's Gamble is an Old West coming-of-age romp about bickering brothers Jamey and Jake Galloway, who grow up to be poker players in frontier Texas. Can these two young gamblers outfox a ruthless cattle baron and shady banker bent on destroying their Texas hometown, without getting themselves killed? Howard is working on what he hopes will be the first of several Galloway's Gamble sequels, with a strong connection to Baltimore history.

His most recent Star Trek story is the short novel "The Blood-Dimmed Tide" in the Star Trek: Mere Anarchy collection. Other writing highlights in a 45-year career include "The Pirates of Orion" animated Star Trek episode; story-development assistance on the classic movie Star Trek IV: The Voyage Home; and Puppy Kisses Are Good for the Soul, a charming account of life with his legendary Welsh Corgi, Mail Order Annie.