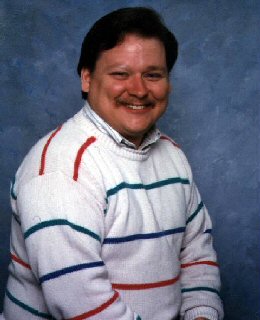 T.A. Chafin has established himself as an authority on little known facts about the Star Wars genre. He continues to busily gather facts, behind the scenes material, and bloopers for all of the movies in the ongoing Star Wars Saga.

T.A. Chafin, although currently "semi-retired", he has worked as a computer professional, a video store manager, painter, auto-plant worker, book store manager, janitor, and library clerk. He is a published photographer and has written for Starlog, Analog, and the Star Trek comic book. He is co-author, along with Polly Luttrull, of The Unauthorized Nitpicker's Guide to the SW Saga.

He feels his proudest "Star Wars Moment" was sneaking into the World Premiere of The Empire Strikes Back at the Kennedy Center in Washington, DC, where he got to watch one of his friends hug and have her picture taken with Harrison Ford.

He is working on various short stories, a couple of historical reference books, and a media-related photography book which may involve a great deal of domestic and international travel.

T.A. is known as a fan who takes costuming seriously enough to incur bodily harm. He has also spent 20 minutes in micro-gravity, has the distinction of being struck by lightning (he survived), and has had a heart attack while climbing a live volcano in Italy. (He finished the climb immediately following the attack.) (He can be stupid that way.)

Those of us who have known T.A. for many, many years, know why he goes by his initials, but we're paid enough to keep it to ourselves.