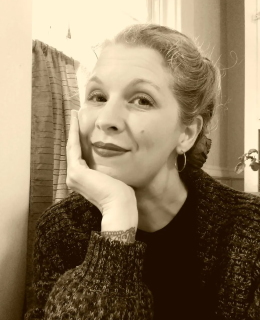 Heather E. Hutsell began writing stories at age eleven. Her first - a murder mystery - won her an award through the Young Authors program, as did two more detective mysteries in as many years. Already set on becoming an author, she published her first novella, Awakening Alice - a sequel to Lewis Carroll's Alice in Wonderland - in the collaborative work Ghost on the Highway, in 2006. She went on to self-publish an illustrated version of Awakening Alice along with its sequel, A Ticket for Patience in 2007.

A willing prisoner to her many muses, Heather has since written and self-published twelve more novels, two novellas, an epic poem, and four short story collections, with her most recent book being the second volume of humorous and macabre short stories involving dolls, marionettes and automata. Her works include romantic horror, absurdist fiction, dystopian tales, fairytales gone awry, and a Steampunk mystery series known as The Case Files. Her upcoming book - 366 Tales -features a year’s worth of micro-fiction and will be released in time for 2022. Heather has also written two historical documentary series, and has short stories included in two anthologies put out by Crazy 8 Press.