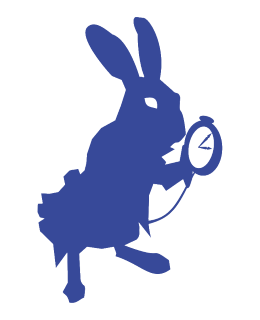 Denise Okuda served as video/computer playback supervisor and graphic artist for Star Trek: Deep Space Nine, Voyager, and Enterprise, as well as for several Star Trek movies made during that period. Her other credits include pilots for Threshold, Star Patrol!, The Flash, and The Osiris Chronicles. She cowrote the catalog for the Christie's auction of Star Trek costumes and props in 2006, has been a consultant and writer for several Star Trek museum exhibitions, and did promotional work for 20th-Century Fox's cult classic, The Adventures of Buckaroo Banzai: Across the Eighth Dimension.

Denise even appeared on screen as an extra in Star Trek: The Motion Picture, where she was part of the Enterprise crew assembled on the ship's recreation deck, as well as a background Starfleet officer in digitally-remastered effects scenes of the original Star Trek series.

Denise was an artistic consultant, along with her husband Michael, for CBS Home Entertainment's remastered version of Star Trek: The Next Generation. They were creative producers for new visual effects for the HD remastered version of the original Star Trek series. They have done voice and text commentaries for numerous CBS and Paramount Star Trek DVDs and Blu-ray releases, and even did a comedic in-universe text commentary for the Blu-ray of Galaxy Quest. Denise and Michael wrote The Star Trek Encyclopedia, The Star Trek Chronology: The History of the Future, and On Board the U.S.S. Enterprise.

One of Denise's favorite recent projects is Star Trek: The Roddenberry Vault, a Blu-ray release from CBS Home Entertainment, on which she and Michael served as co-producers. The Roddenberry Vault features 12 episodes of the original Star Trek, along with six documentaries featuring snippets of never-before-seen footage of the classic series, rescued from the cutting room floor.

Drawing on her Bachelor of Science degree in nursing, Denise has served as a medical consultant to the writing staff of Star Trek. She is an ardent fan of the National Football League and has been honored with the Spectrum Award, presented by the Cal State Los Angeles Eagle Con.

Denise is a member of the Art Directors Guild and wishes she could live in Yosemite National Park. She actually lives happily in Los Angeles, California, with her husband and their dogs, Amber Joy and Scooter T. Rocketboy.

The titles of Mike's and Denise's presentations at Shore Leave are:
"The Graphics of Star Trek"
and
"The History of the Future: Chronicling Star Trek"

Please consult your pocket program when you arrive for exact times and locations.