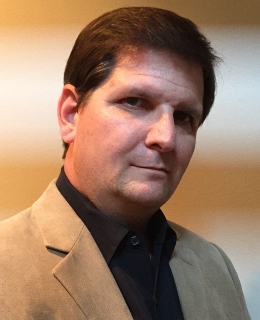 His short fiction has appeared in more than twenty anthologies, and he's written for publications such as NCO Journal, Kansas City Voices, Famous Monsters of Filmland, Star Trek and Star Trek Communicator as well as the websites Tor.com, StarTrek.com, and Syfy.com.

Dayton's newest works for 2020 include the Star Trek humor book Kirk Fu: A Guide to the Final Frontier's Most Feared Martial Art, the upcoming Star Trek novel Agents of Influence, and short stories co-written with Kevin and included in the forthcoming anthologies Pangaea III and It Came from the Multiplex.

Before making the jump to full-time writing, Dayton was a software developer, having discovered the private sector after serving for eleven years in the U.S. Marine Corps. Though he currently lives in Kansas City with his wife and two daughters, Dayton is a Florida native and still maintains a torrid long-distance romance with his beloved Tampa Bay Buccaneers. Visit him on the web at http://www.daytonward.com.